Last week, WHRB sat down with Noah Bendix-Balgley, calling from Berlin, about the Berliner Philharmoniker’s concert on Sunday, November 13 at 8 pm ET in Symphony Hall. This will be Berliner Philharmoniker music director Kirill Petrenko’s Boston debut, and it will be an unforgettable event. Prior to coming to Berlin, Bendix-Balgley led the Pittsburgh Symphony Orchestra as the concertmaster. He is also very active in chamber music groups, performing in a trio with pianist Robert Levin and cellist Peter Wiley, the Rosamunde String Quartet, and Philharmonix. In 2016, he composed and premiered his own klezmer violin concerto Fidl-Fantazye with the Pittsburgh Symphony Orchestra, and since then has performed it all around the world.

Presented by the Celebrity Series of Boston, the concert was on Sunday, November 13 at 8 pm ET. The program featured American composer Andrew Norman’s ‘Unstuck,’ Mozart Violin Concerto No. 1, and Korngold’s Symphony in F-sharp Major, Opus 40. 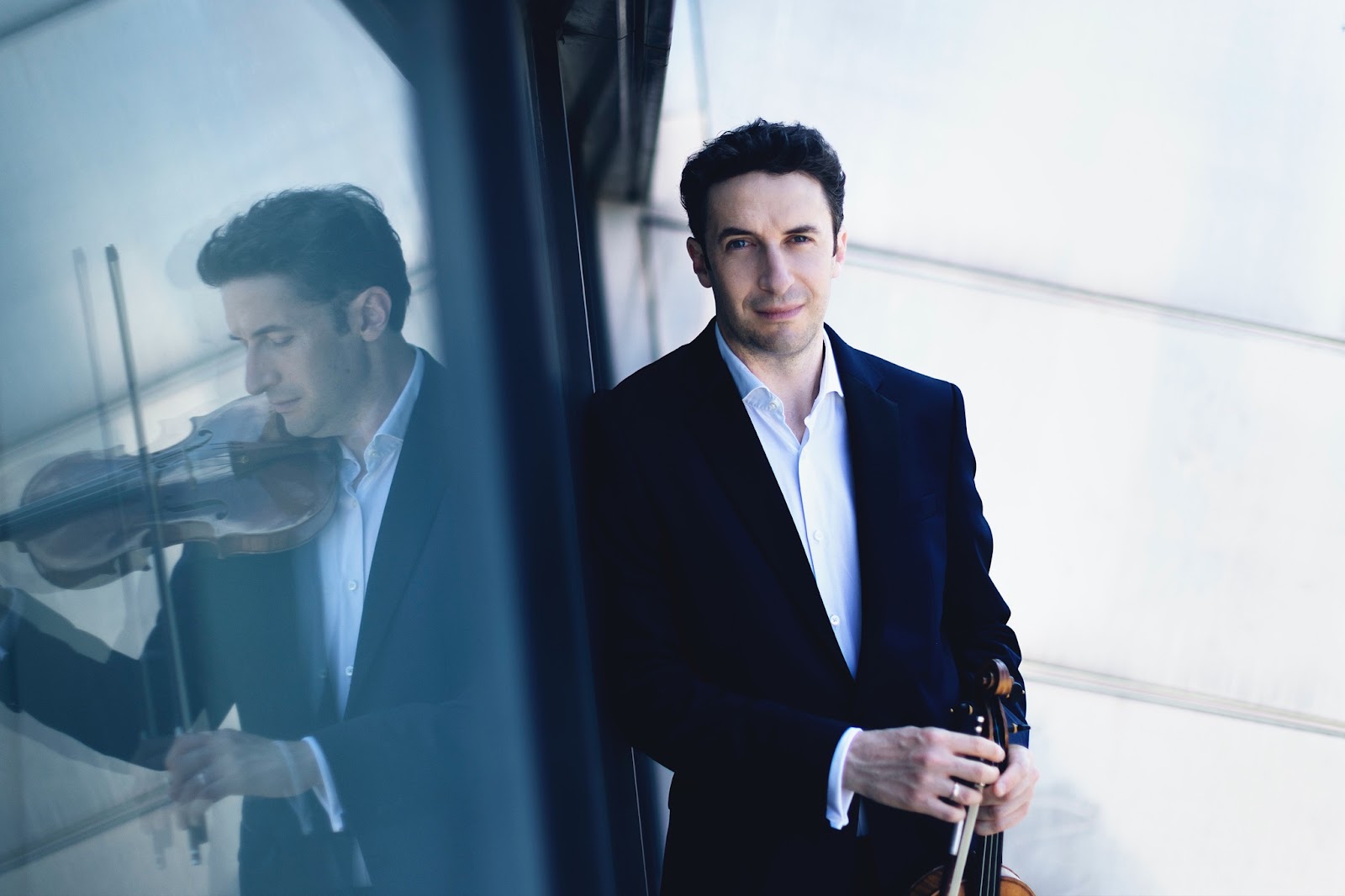 WHRB: Thanks for coming by WHRB, Noah. You were born here in the States, in North Carolina. I wanted to hear a bit more about how you first became interested in music. Did your family introduce you to it? How did you get started?

Noah: I heard music from an early age, a lot of folk music. My dad’s a dance teacher focused on Eastern European dancing, so I heard a lot of that music growing up. I started on the Suzuki method books when I was about five years old, and I really liked it. As things got started, I had good teachers along the way and made good progress. It was just the exposure of listening to great music at an early age.

WHRB: Who have been your greatest role models, influences, or mentors?

Noah: At the time with my family, we were in Ithaca, New York, where there’s a great music program there. Then, I spent some time out in California and went to a wonderful music school out in Berkeley, California called the Crowden School. That’s where I started to experience and play chamber music and orchestra, and I was about ten at the time. I took music lessons all through high school and my undergraduate studies. Mauricio Fuks at Indiana University was my most influential teacher.

He was someone who takes pedagogy very seriously, and he is serious about building violin technique, but always in the service of expressing in the music. That’s something we always kept working on at lessons.

Noah: Klezmer music was something I was involved in from when I was very young, largely because of my dad’s profession. It’s something I’ve really tried to maintain side by side with my classical playing, and after writing the concerto and performing with the Pittsburgh Orchestra and many other places, it’s become part of my calling card.

WHRB: How has the interest in klezmer music influenced your classical music and vice versa?

Noah: I always try to incorporate many different styles of music as inspiration, from jazz to pop, especially in playing with a group here called Philharmonix. Then, I come back to play in the orchestra and I see all these connections and influences in music by Beethoven or Tchaikovsky. And, of course, it goes the other way around too — the details of phrasing and creating intention in the classical world shapes how I approach folk melodies, too. It’s just nice to have this balance.

WHRB: Great, now moving onto your role as concertmaster in the orchestra, how do you define that role?

Noah: The orchestra is this organism. The conductor is trying to keep everything organized and is providing the main ideas and direction for the interpretation of the score, but it’s a constantly moving thing. In concert and rehearsal, as concertmaster, you have to feel the direction that people are going. You have to sense if a particular section of the orchestra is not together with my section, how do I bring everyone together? How do I translate what I’m seeing from the conductor to as many people as possible? That’s something that I do with my physical motions, like how I give an upbeat with my violin, and how I’m playing, how I’m moving my bow. We always come together.

There’s also an organizational aspect to it all too, where if something is not clear, I’ll ask the conductor. We also set the direction of the bowing. It’s an important job because it really influences how the string player can play, if we’re able to make more or less sound. That’s a delicate art.

WHRB: It sounds like there’s a lot of leadership experience required, of course, to become a concertmaster. How did you build those skills?

Noah: A lot of it is experience, and the job is different in every orchestra, too. For me, a lot of it also came from my chamber music experience. I think of the orchestra as a big chamber group. There’s the same context of always being aware and giving impulses as the concertmaster.

WHRB: What are some of the major differences between leading an American vs German orchestra?

Noah: Well, I don’t want to generalize too much because I think orchestras are so different also within America and within Germany. One difference in my orchestra is that there’s a lot of flexibility and rotation. The leadership positions are also split with two principals in each position — from one week to another, the orchestra lineup is quite different. We have to maintain our identity and sound and be flexible depending on who is in the cast that week. Because of the size of the orchestra, we also have more time off to do other musical activities — chamber music, solo careers, teaching — that’s a plus for the orchestra. Everyone brings inspiration from outside back to the orchestra. That’s something that’s quite unique here.

WHRB: What were some of the challenges you faced as an orchestra during the pandemic, and how are you emerging from this situation now?

Noah: We were lucky in Berlin to already have our Digital Concert Hall set up for many years, so we were broadcasting our concerts as soon as we could gather small groups of musicians— even if we couldn’t have in-person audiences in the hall. We kept active, which was great. One thing we’ve truly realized is how important that in-person audience connection is. It’s a different energy when the audience is there and not on a screen. We really missed that.

WHRB: What are you most excited about for the concert and the year ahead?

Noah: Our new music director, Petrenko, is taking a very exciting approach for our orchestra. We have an interesting, unusual program, starting with Andrew Norman’s ‘Unstuck,’ and then I’m playing the Mozart First Violin Concerto — a beautiful though not well-known concerto, so it’s nice to play it in concerts. We’re also playing the Symphony by Eric Korngold, an unjustly neglected piece, and Kirill Petrenko has really championed this as a showpiece for the orchestra. The orchestra is just soaring, and it’s a stirring, exciting piece.

As for beyond, I’m always trying to keep the balance with my chamber groups and recognizing that everyday is a new musical adventure.

WHRB: What advice would you give to beginner musicians?

Noah: Be curious, go out there and listen to a lot of things. See what inspires you? If you want to have a life in music, you really have to be passionate, and that has to be what drives you. Find your direction, and the adventure never ends.