In an interview with WHRB, just before closing out their ‘Five Years of Feng Tour’ in Boston, the two Daniels at the heart of the band recounted the story of how they met:

Daniel Leonard Elvis, noticeable by his sterner look and darker hair, began, “I remember we met out in the street in Amsterdam. Just hanging out.”

His partner in chords, and the distinctive voice of Feng Suave, Daniel De Jong, followed, “He looked cool. I was like ‘yo.’” 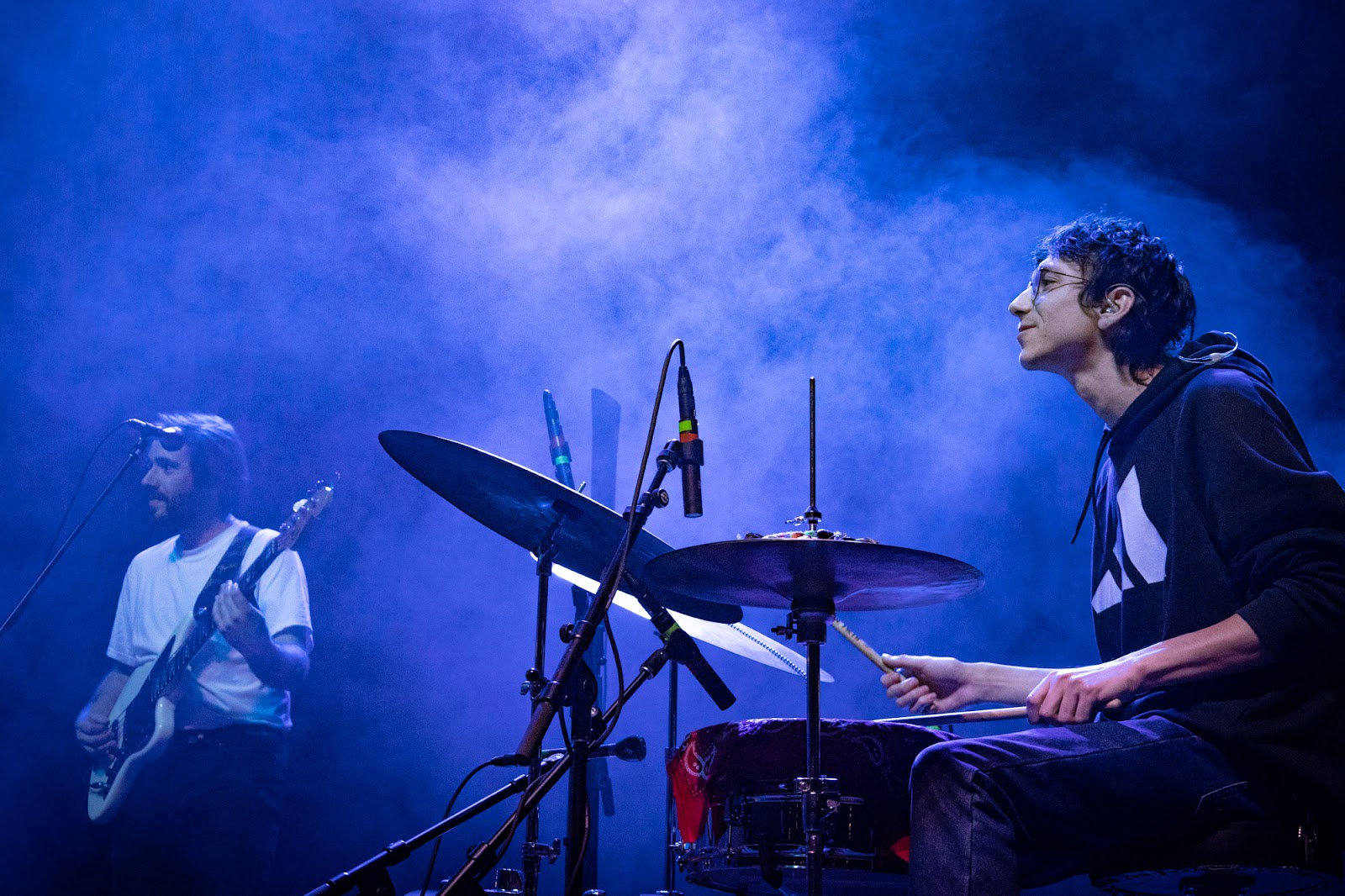 And from there the two went back as forth, as though following a memorized script:

“What's up with that?” De Jong awkwardly interjected.

“That's how it came to be. And then we had kind of a date, you know, we had a date. And then we took some magic mushrooms. And then went way out of our comfort zones with each other because we were strangers. And that was bad.”

“And then we didn't speak for three months. Yeah, for a long time.”

“And then he called me. I was like, ‘This guy is never gonna call me.’” 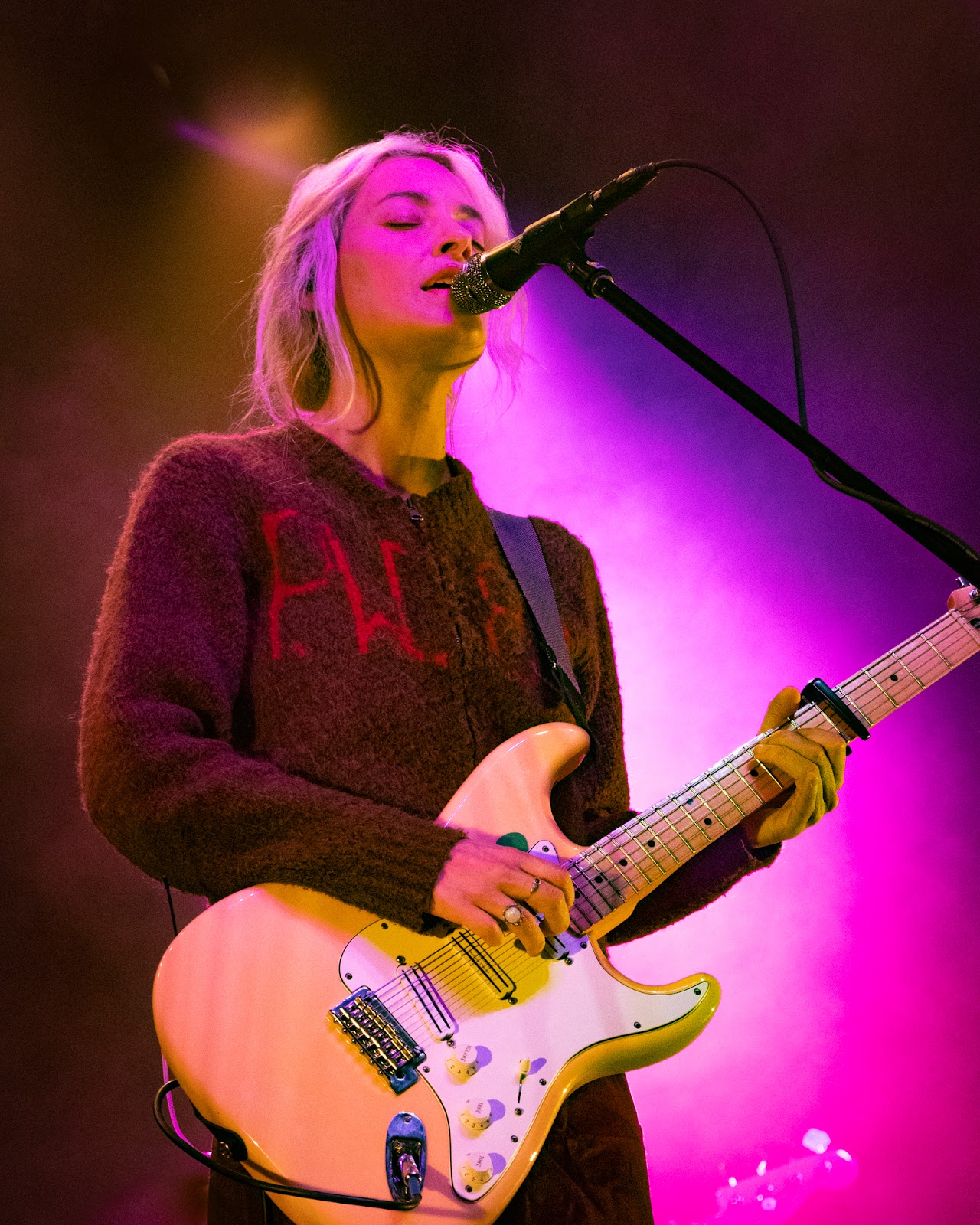 From that last resounding affirmative, all roads have led to Roadrunner. On December 14, Feng Suave played to a unanimously head-bobbing crowd in Boston MA, opening for Men I Trust. By the Daniels’ chemistry on stage, one might have never guessed that they had such a recent and rocky start. To Elvis, though, “It was pretty obvious from the first time we hung out that music was the vessel, you know, and that's how it's been ever since.”

That vessel is one where the pair gives and takes from one another — Elvis writes the lyrics, De Jong lends them a voice. They opened their set with “Toking, Dozing,” off their 2020 EP “Warping Youth,” with the first line, “Surely when we die, we’ll go someplace / But what about the dolphins?” In this same way, their sound is at once laid-back and at the same time cerebral — De Jong noted, “If English is not your first language, [you can] just say whatever words come to mind, it doesn't have to mean anything. You don't really feel as stupid; you can separate the sounds from the meanings of the words.”

At the same time, when asked where he draws inspiration for his lyrics from, Elvis replied, “I guess I draw a lot of inspiration from novels, 20th century novels, classic novels ... Yukio Mishima, Japanese post-war writer, George Orwell, magical realism stuff. And I guess Kafka can be really fun.” The result, at least for the Wednesday-night audience at Roadrunner, was a kind of intellectual, rhythmic sway, where a 60s folk-rock melody carries you through lines like, “What’s the use of looking up, heaven’s just a tomb for rockets.” 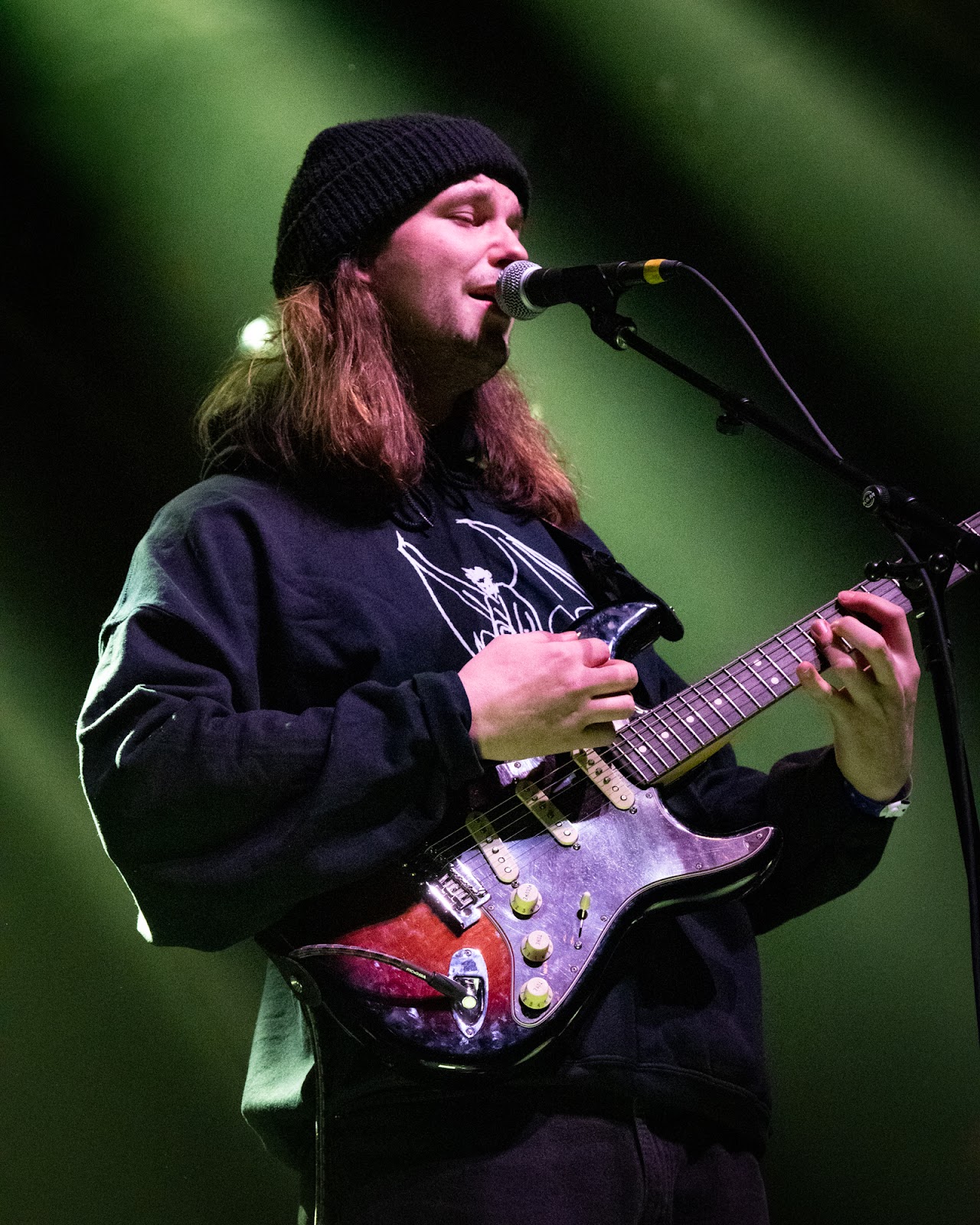 In De Jong’s own words, though, “It's not all death and destruction.” While they describe their first and self-titled EP as being “bedroomy,” the most recent of the three, “So Much for Gardening,” defies easy classification. It has some defining characteristics though — a “revival” sound, as they put it, and “an ironic flavor.” On the second track, “Come Gather ‘Round,” nothing is beyond ridicule — “we were like ‘Oh, we're gonna do something about the economy and climate change. And nuclear war maybe,’” Elvis described. In his mind, though, their time making SNL-esque songs has been fun but brief. To my question asking who they imagined listening to their music, De Jong’s answer was instant: “Fellow sufferers.”

One of those fellow sufferers in the crowd at Roadrunner encountering Feng Suave for the first time would find it hard to describe to a friend in precise words the music they heard. Even the Daniels themselves struggle. Asked how they would describe their sound to someone who’s had the terrible misfortune of having never heard a Feng Suave song, Elvis answered, “I would just say indie pop. Just because people ask me all the time and ...”

If anything, the vagueness of their answer reflects having too much to say much more than too little. Describing their influences, De Jong said, “I think we had a bit of a 60s phase. So lots of Beach Boys and The Kings and The Beatles. We've also had a reggae phase and a soul phase. I guess country music is kind of seeping in at this point.” You see it too in the way the solemn reverie of their song “Maybe Another Time” came to be: De Jong, looking across to Elvis, spells it out, “You had a demo. It was sort of cool. That's what started off. Then I ripped off the chords from ‘Georgia on My Mind’ by Ray Charles and stuck them to the demo. And then you wrote the lyrics. And then I sang them.” 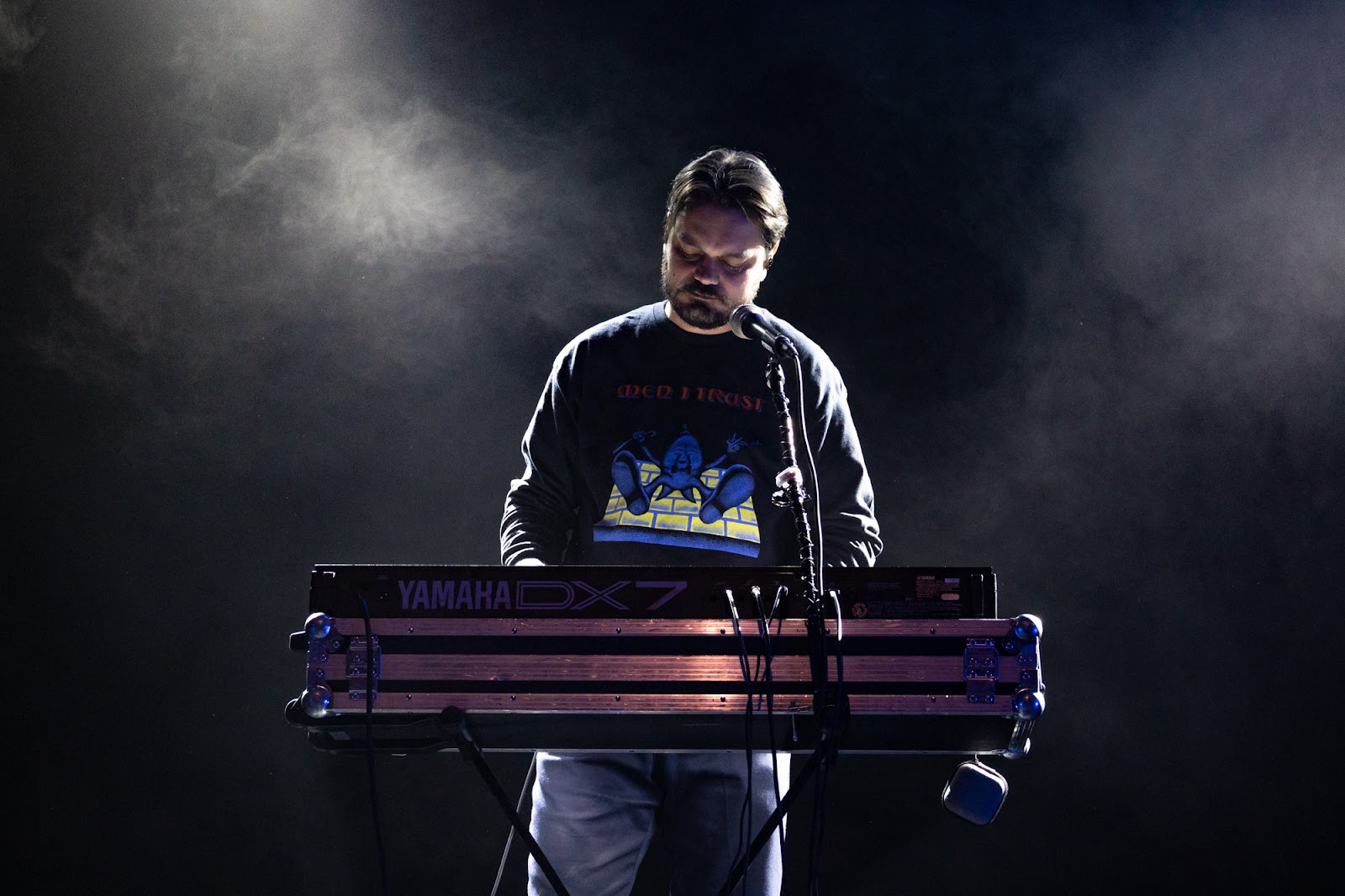 The two Daniels played those same chords under the blue and red sunset-sky lighting of the Roadrunner stage as De Jong sang the song’s last line: “I tell the ether all of my desires and she says ‘Maybe another time.’” To the contrary, though, one feels as if this is exactly Feng Suave’s moment. Or at least they do. I asked Elvis which of their songs he likes most, and he quickly replied, “I think my favorite ones are yet to be released.” “In a perfect trajectory,” De Jong added, “we would be playing this venue in four years. That would be cool.”

As gifted as they are musically, interviewing Feng Suave reveals their most telling quality: They don’t think too highly of themselves. They know what they like; they know what they don’t like; and they only put out the former. To them, the highest praise is that their music be personal. When a pair of artists is as simultaneously talented and grounded as they are, you get the sense that a headline show at Roadrunner, yes, but much much more, is in their future.

// Sazi Bongwe ’26 is a staff writer for The Darker Side.