The Mars Volta Stage A Comeback Tour, Of Sorts

The Mars Volta’s 2003 debut album is titled Deloused in the Comatorium, and it is apparently about the voyages of a man who enters a week-long coma after an overdose on morphine and rat poison. Some of the song titles include “Inertiatic ESP,” “Eriatarka,” and “Televators,” with lyrics such as “Exoskeletal junction at the railroad delayed.” What does it all mean?

Even after attending the El Paso band’s first tour — or musical activity of any sort — in 10 years, I’m still not sure I know, and I’m not convinced that they do either. Nevertheless, since its release, Deloused has become a cult hit among fans of progressive rock for its frenetic musicianship, which combines hardcore punk, psychedelic rock and Latin influences into a dense but ultimately rewarding whole. (Vocalist Cedric Bixler-Zavala and guitarist Omar Rodriguez-Lopez were already well-known in the punk world for their previous project, the venerated post-hardcore band At the Drive-In.)

Fast forward to Sept. 16, 2022, when The Mars Volta released their first album in 10 years, unannounced. Much to their fans’ surprise, the progressive rockers had done a full 180 in their sound, toward something that they unabashedly described as “pop.” Eschewing knotty guitar riffs and intricate drumming for synths and even the occasional ballad, The Mars Volta is nonetheless an intelligent, carefully constructed pop release that sees Bixler-Zavala and Rodriguez-Lopez finding subtle yet fascinating ways to infuse pop tropes with their Puerto Rican roots and rock upbringing. 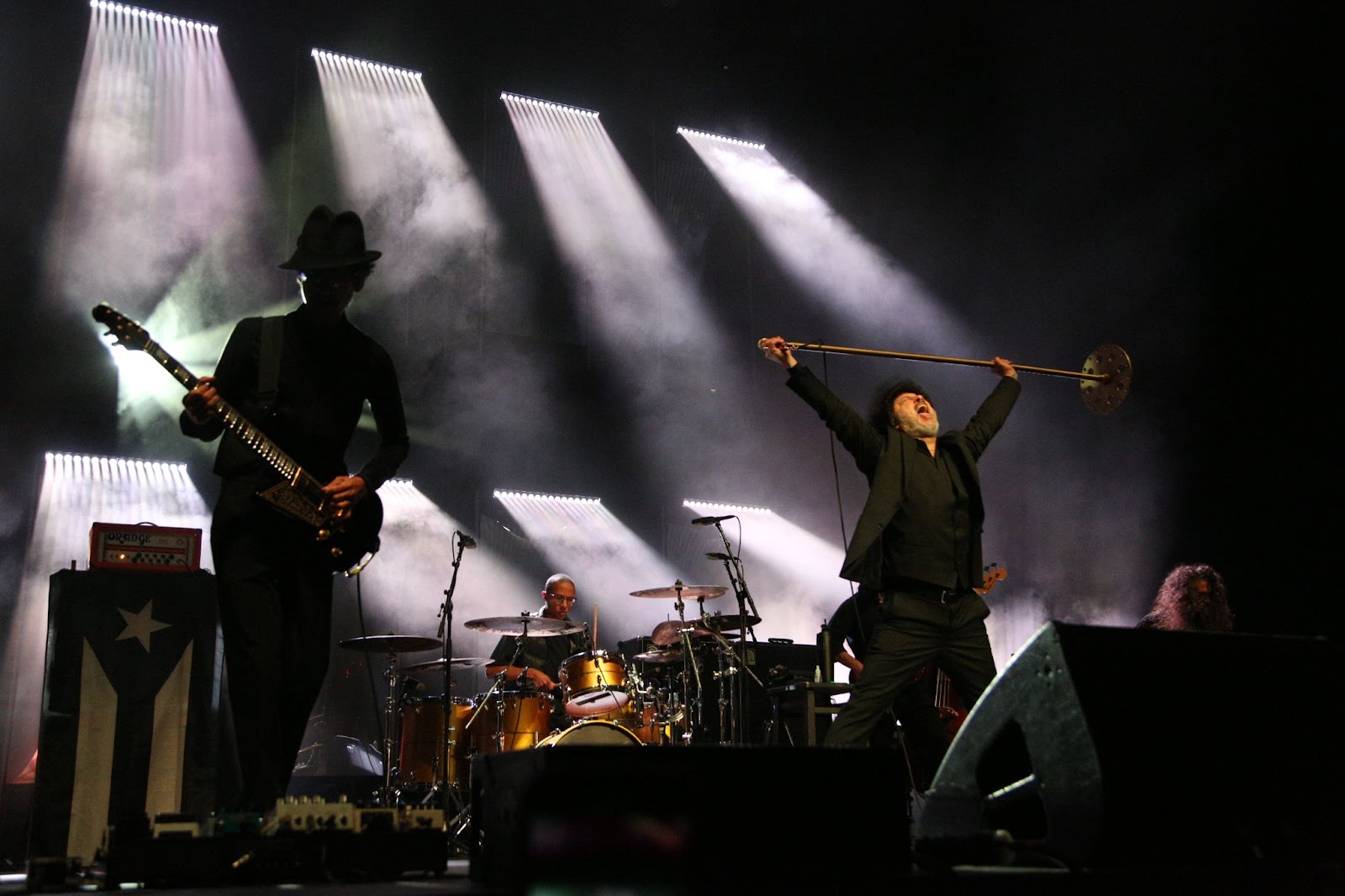 One would expect the band’s subsequent tour to reflect this radically new direction. Wrong – more than half the songs the crew played on October 1 at the new MGM Music Hall venue near Fenway were from Deloused, and only two were from their latest release. Perhaps they wished to please their devoted fans, who frequently sang along gleefully to songs from their debut — including lyrics such as “Exoskeletal junction ...” — but were relatively staid in response to their new material?

Perhaps indeed, but what was most remarkable about this decision was just how well it worked. A number of careful musical choices, not unlike the choices made on their new release, afforded the band’s old material a fresh and newly serious feel. For one, most of their songs were transposed into a flatter key when performed live, giving the music a more emotional register and allowing the previously inscrutable lyrics to feel approachable and immediate. The band also provided Rodriguez-Lopez with a considerable amount of room to solo and noodle around as he saw fit, frequently breaking down into spacey and meditative solos in the middle of songs. It speaks to Rodriguez-Lopez’s faculty on the guitar that he was able to make each solo sound distinctive and meaningful, as if the guitar were a more effective tool for introspection than any drug or spiritual practice could be, thus imparting much-needed breathing room to songs that would otherwise have rapidly worn the listener down.

Bixler-Zavala, to his credit, was also a virtuosic vocalist, demonstrating his capacity to soulfully belt perfectly in tune at high ranges that few singers are capable of. His antics on stage — whether he was shaking his hips in tune to a salsa rhythm, waving the microphone or its stand over his head, or simply dancing in time with the music — consistently contributed a sense of excitement to each song. The supporting band members, consisting of a keyboardist, bassist, drummer and Latin percussionist, all demonstrated their talent throughout the performance, with drummer Linda-Philomene Tsoungui in particular showing no difficulty whatsoever in keeping up with the frenetic pace of faster passages. 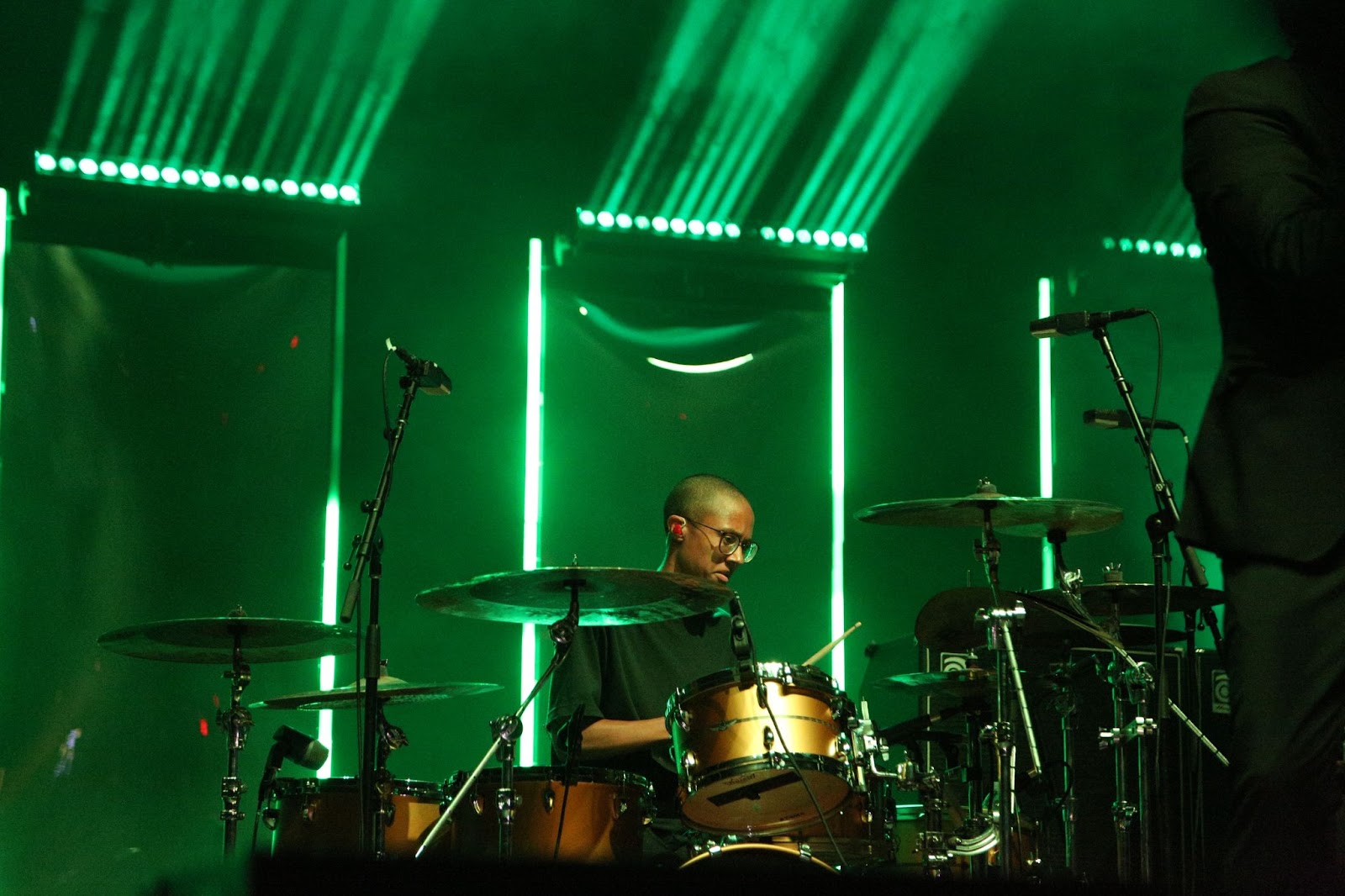 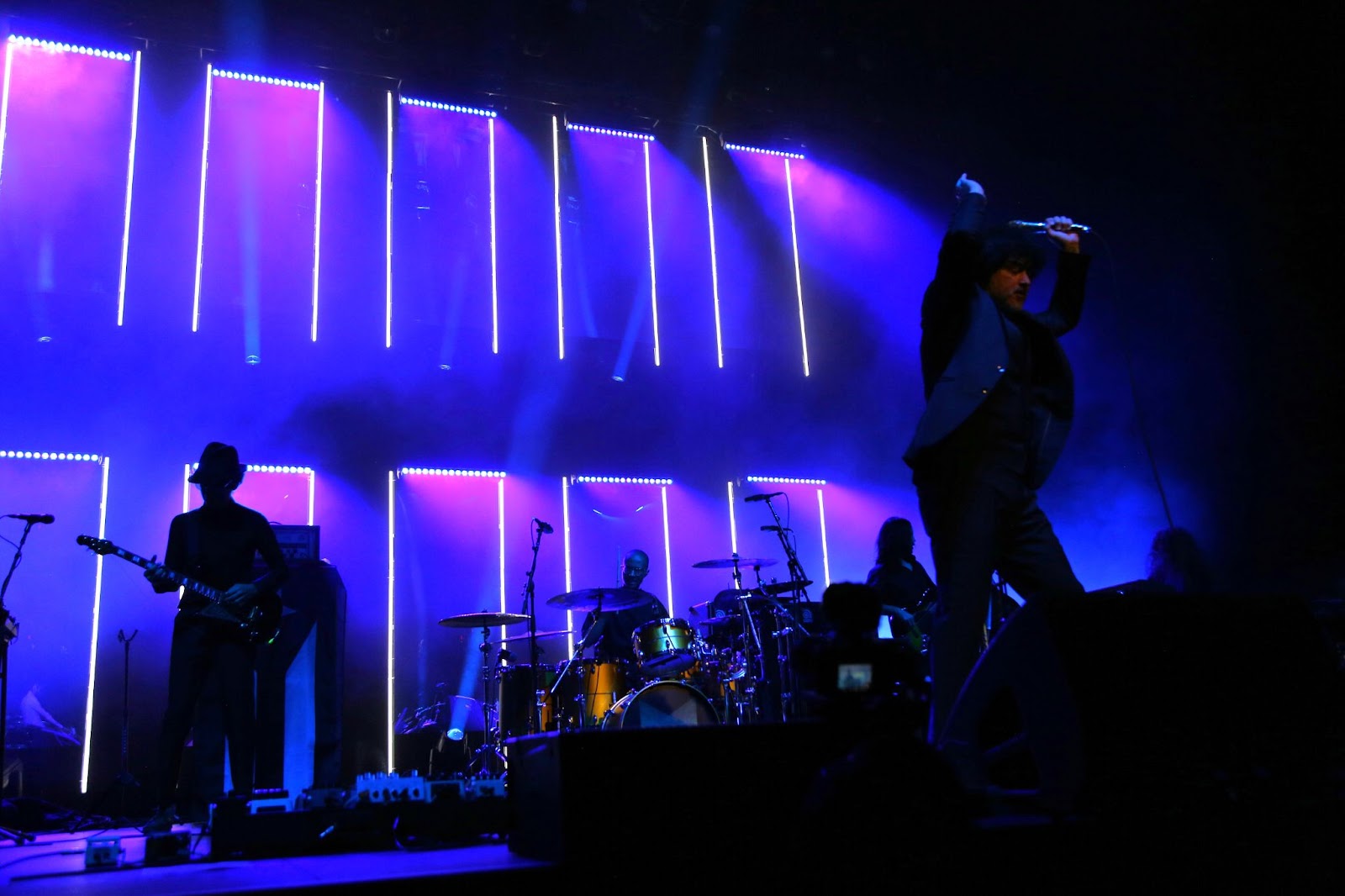 It was also clear that the supporting and production staff had pulled out all the stops on this tour. The lighting was minimalist yet striking, consisting solely of lines of LEDs surrounding a grid of mirrors that made the already-spacious stage feel even more expansive: Everything’s bigger in Texas, including the stages, I guess. Combined with the carefully measured use of artificial fog to highlight the beams of light playing across the stage, the entire setup created a wonderfully gauzy and ethereal layer to the already-spacey music. The audio production was perhaps the only sticking point in the entire show; as guitar-heavy as the entire set was, it was critical that the production avoid the high-frequency distortion that is so common with rock performances these days. This was carried out with limited success — while Bixler-Zavala’s voice was piercing to just the right degree, Rodriguez-Lopez’s soloing was occasionally reduced to a muddle of indistinguishable high-pitched noise that really didn’t befit a guitarist of his caliber. This was the only stain on what was otherwise an outstanding production, in which the atmosphere created not only highlighted the performers but deepened one’s appreciation for the music.

So who are The Mars Volta these days? Dense and cerebral progressive rock? Meditative and spaced-out psychedelia? Just very intelligent pop? Before the release of their new album, I would have only chosen the first option; after their album, it would have been the first and third as two disparate aspects. It was only after this show that the second option came into play and united the three perspectives into a single unified whole; I can now say with confidence that The Mars Volta can do all three at once, and execute them all with the panache and emotional impact their music deserves.

// Rahul Subramaniam ’23 is the General Manager of WHRB and a writer for Record Hospital.