// MAX and band at Royale. Photo by Claire Liu

A crowd of people gather around the edge of the stage at the Royale. A mixture of blue, purple, and pink lights cast colorful shades on everyone in the venue, complimenting the relaxed atmosphere as a few attendees hold drinks and chat around the perimeter.

As the initial scheduled opening time for the concert passes, anticipation and tension grow in the air. A huge “pop” resonates around the venue and the audience cheers as technical staff cross the stage to troubleshoot the issue. Just as the energy in the crowd comes to a climax, the lights in the venue center into a spotlight and fog begins pouring into the stage. After a 40 minute delay, the concert has begun. 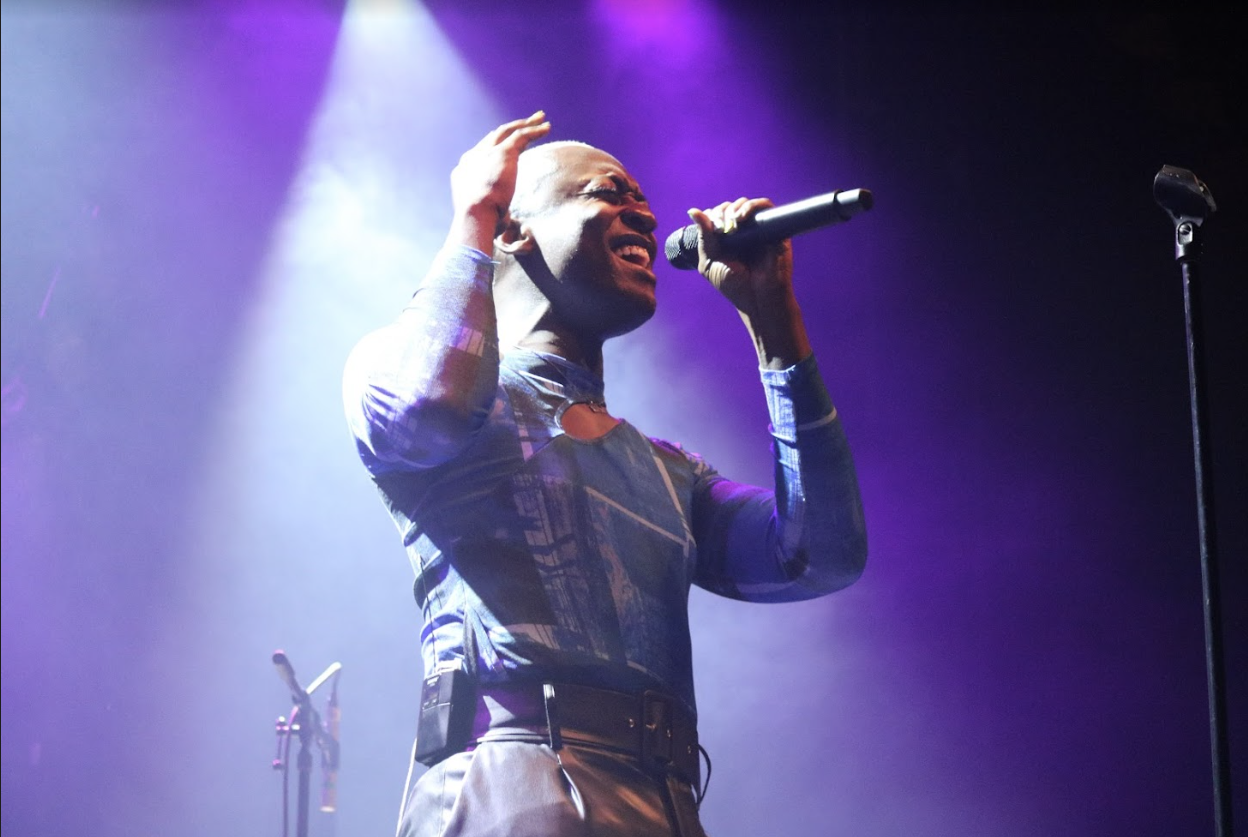 A shower of layered vocal runs stream from the speakers. VINCINT, a singer and finalist from The Four, steps into the light. He introduces himself as the opener for the concert and feeds the crowd’s energy, both by hyping up MAX and launching into a series of powerful and rich vocal riffs and runs. Between songs, he talks with the crowd and reveals his personal connection to Boston through his alma mater: the Berklee College of Music. During his last song, he climbs over the barricade and steps into the crowd of audience members, finishing his opening with a high-energy finale from the audience. 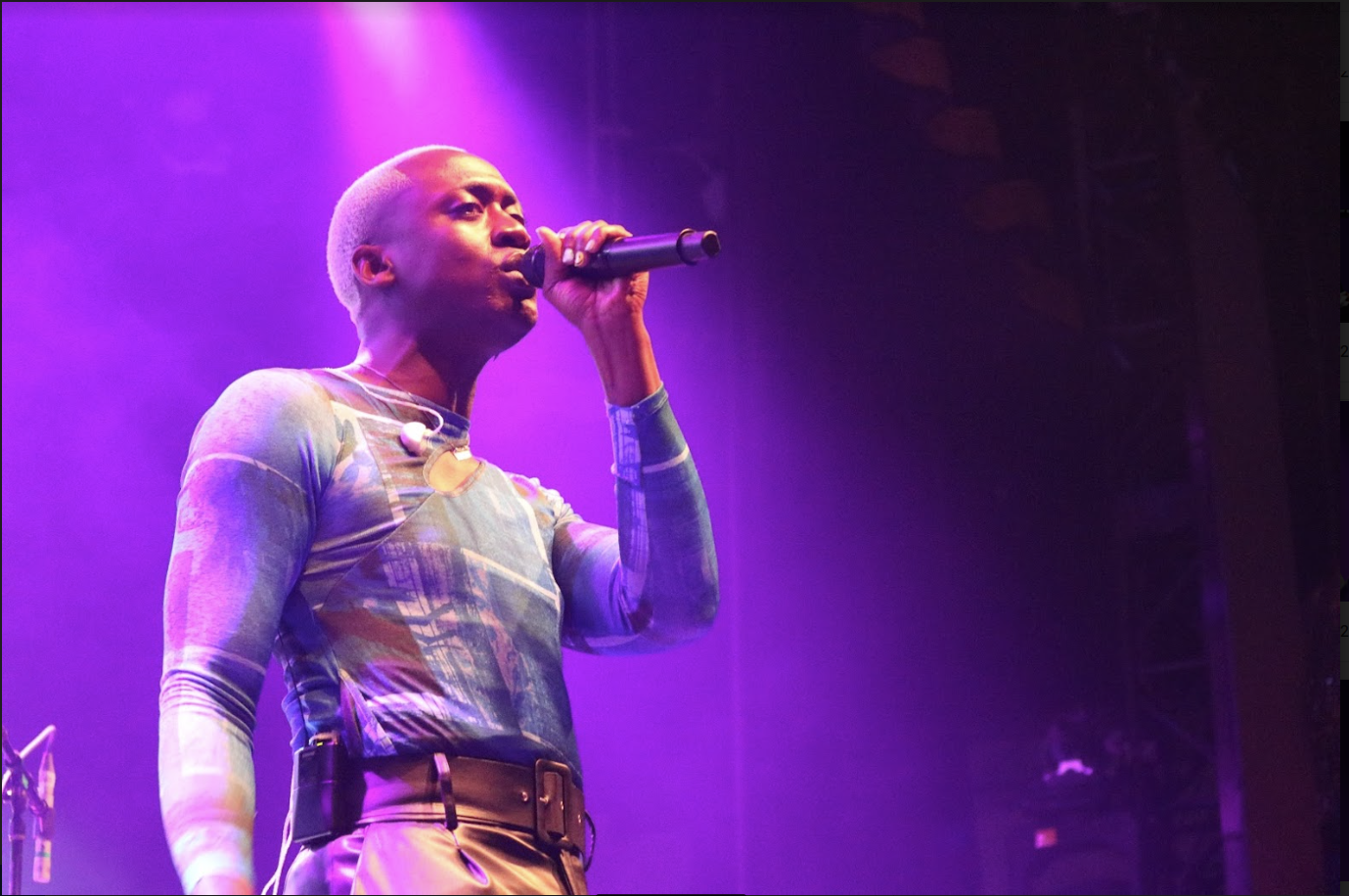 After a short break and some instruments set up, the stage lights flash the name, “MAX,” signaling the continuation of the concert. The band enters, taking their places and cheering on the crowd as MAX leaps onto the stage, starting with his high energy song, “Wasabi.” 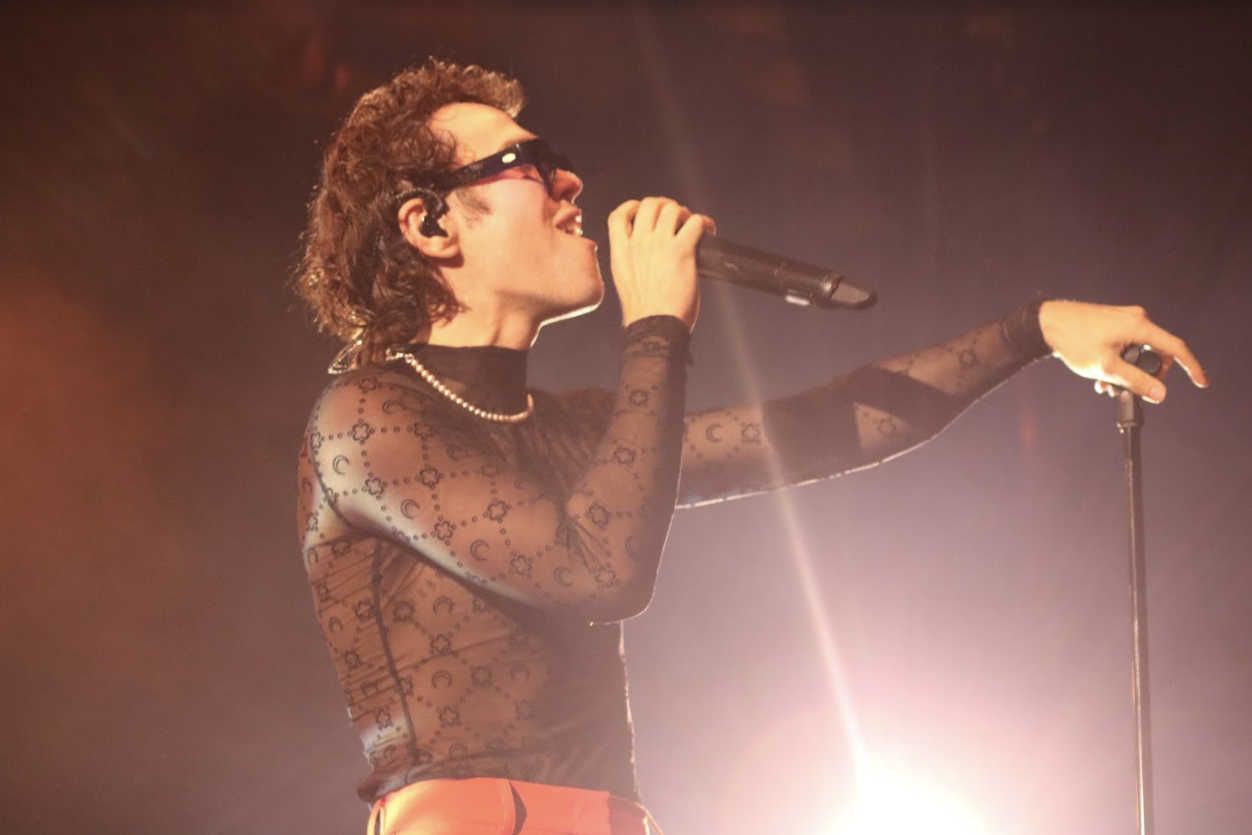 Once finishing a series of upbeat songs, MAX engages with the audience with a drawing and asks the audience for suggestions for names and things to draw. Afterwards, he launches into a sweet performance of “Blueberry Eyes,” a popular song he made in collaboration with SUGA of BTS with a fake out ending that he commends the audience for not falling for, commenting, “Boston you’re so smart!”

MAX continues the concert with more high energy songs including an unreleased song, “Say Less,” during which he gives each band member a shoutout and solo. A few more high-powered songs later, he takes a nostalgic dive into the song “Someday,” a track from the 2012 film Rags which MAX starred in on Nickelodeon. 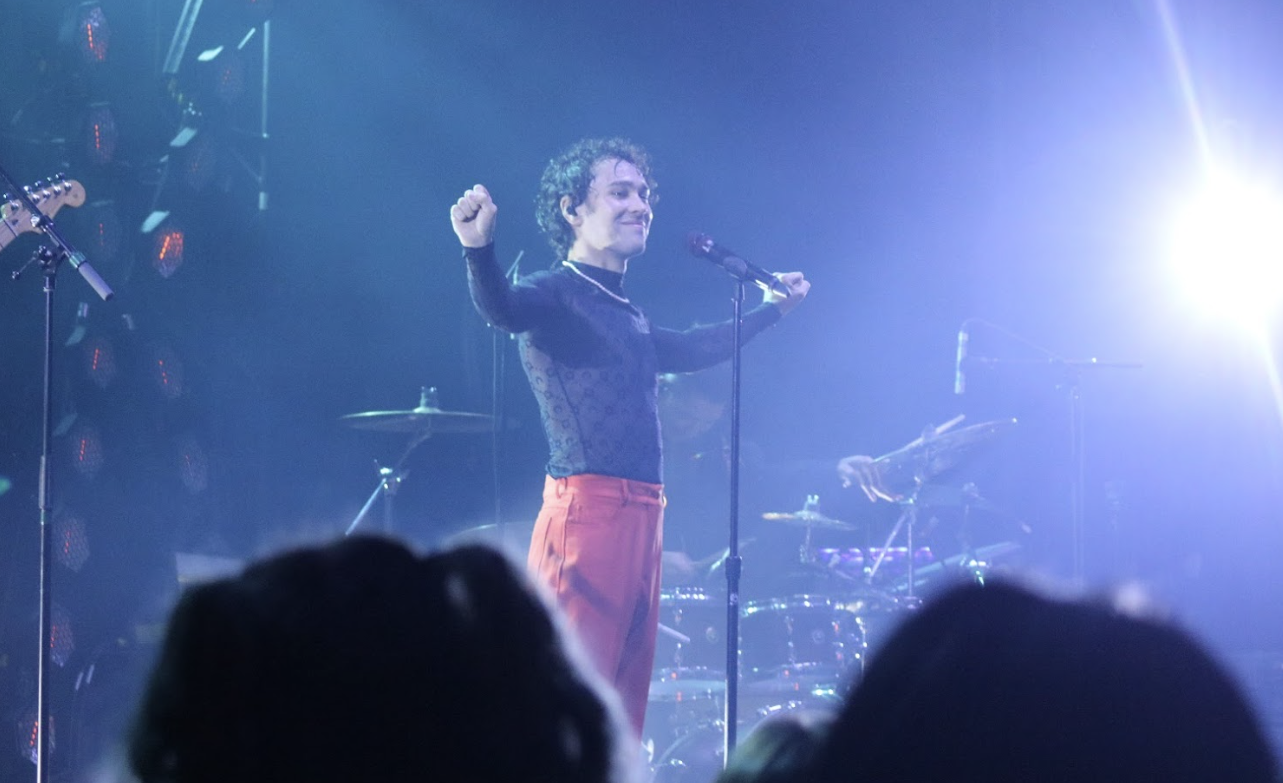 After a few more throwback songs from Rags, MAX launches into more of his high energy pop songs and literally cartwheels into a hype rendition of “Satisfied,” a track he featured on with electronic duo Galantis. He continues dancing and singing with the audience’s growing excitement, especially with his popular track “Lights Down Low,” bending over the stage barricade to hug audience members saying, “It’s all love, it’s all love.”

Upon returning to the stage, MAX announces that there will be no hold for encore as is often typical with concerts. Instead, he quickly starts his song, “Mug Shot.” Before closing the show, he thanks the security, tech, and off stage staff for the concert and groups together with his band for the final bow. As he runs across the stage touching hands and waving goodbye, the concert comes to a close. 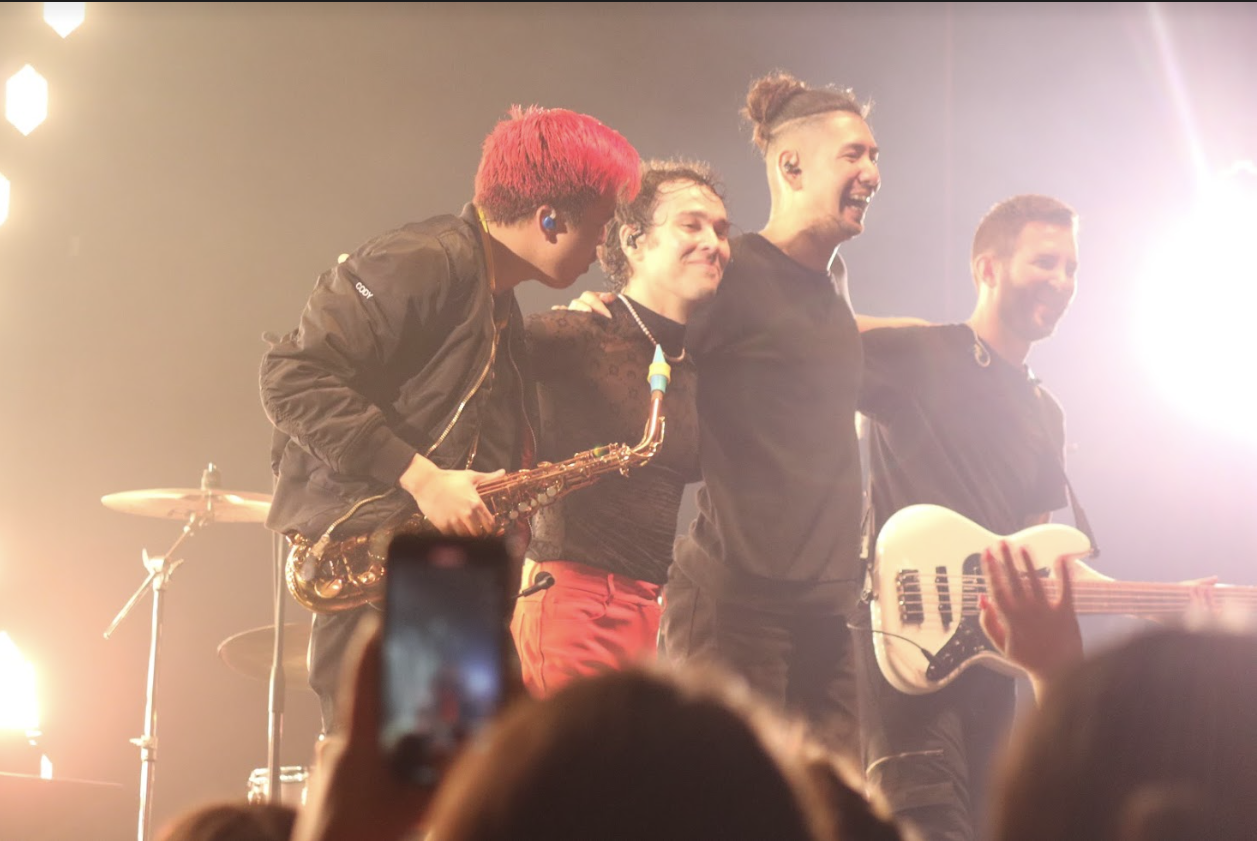 // MAX and band at Royale. Photo by Claire Liu