As live music venues start up again, many bands are kicking off renewed tours and playing live for the first time in over a year. Acts return with a mix of excitement, relief, awkwardness, among other conflicting feelings. The performance at the Sinclair on Wednesday, October 13th, was a combination of all of these emotions, as the shoegaze band Nothing made their touring return, with hardcore punk band Anxious and electro-rock artist Frankie Rose opening the set.

The line to the Sinclair started early, and most of those waiting were typical for this kind of show: muted colors, some nose rings, and plenty of couples. After multiple checks for vaccination cards, bags, dumping any bottles, and finally, tickets, the attendees filtered inside. Cambridge remains impressive for its ability to pack so much into such little space, and the Sinclair is no exception. A small stairway and ticket booth room give way to some long merch tables, a modest stage, a large gathering area, and elevated platforms against the walls. The area soon filled near capacity as the first act took the stage. 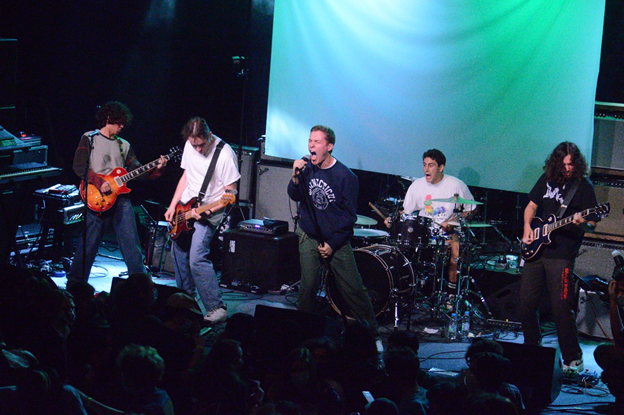 Anxious, a hardcore band from Conneticut, was the first opener for the night. They exploded onto stage with crashing rock that immediately amped the crowd, who began moshing in front of the stage as the band wailed away. The lead singer alternated between screaming the vocals and bobbing around the stage as the rest of the band frantically played along. The back half of their set showed their more melodic, poppier side, though they still mixed in blasts of guitars and yelling. The band all looked fresh out of college, and they carried that youthful exuberance through their playing. They told the crowd that this was their first live show played since they got signed to a record label. They played like a fresh band ready to prove themselves, and the crowd loved it. 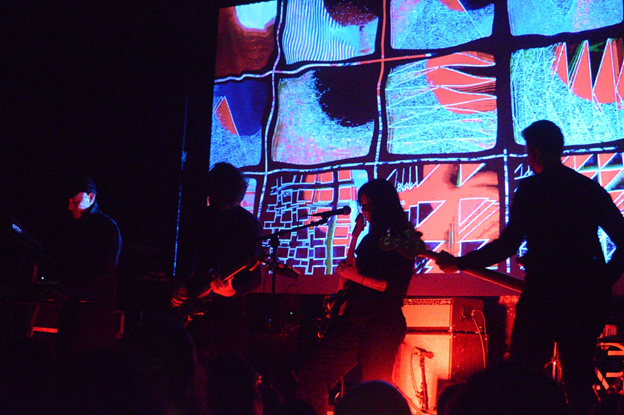 The next opening act, Frankie Rose, an indie pop artist with stints in many other indie rock bands, took things in a different, mellower direction with her performance. This was her first live show since the initial COVID-19 lockdowns, with a more relaxed set than Anxious. Using a mix of sequenced drum machines, keyboards, and guitars, and accompanied by an elaborate phasing backing screen, the group played through a set of electronic rock songs. Rose gradually took off her hoodie as the set continued, confident enough to face the audience in full. Some of the songs were more ethereal near the start, gradually shifting to more melodic ones near the end of the set. The band was drenched in colored light, with the focus on the music and video display behind them while the actual members seemed almost anonymous. Still, Rose’s soft singing and their steady playing carried through the set, providing a welcome change of pace after the explosive prior act. 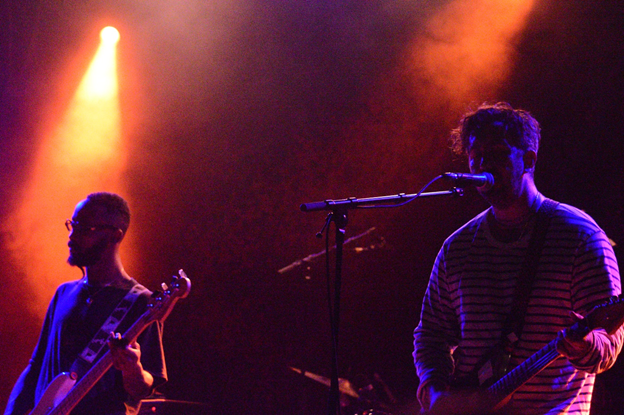 The already=large crowd swelled even more once 10 PM arrived and the headlining act took the stage: Nothing. A shoegaze band led by front man Vicky Palmero, they describe themselves as a “notoriously unlucky band,” especially as they were set to record their newest album right when COVID-19 hit, making this their first live performance since the pandemic.

The set opened with a droning, almost ambient guitar line, slowly revving up the crowd as the band began their set. The band’s music had consistently gauzy vocals, but their playing ranged from slow to fast, tender to rough, floating to roaring. Slow build ups gave way to loud wails of guitars. The band was backed by morphing lights, changing in color and intensity through their different songs, bathing them in bright and soft colors. No matter the song, the band maintained a dreamy atmosphere throughout. 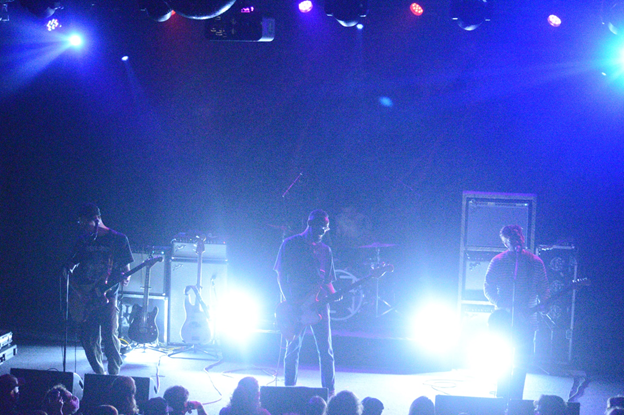 As they drifted through guitar soundscapes and riffs, each song was anchored by an explosive chorus accompanied by a flood of white light filling the venue. It was a bit of a repetitive trick, but it managed to hype the room every time. There was moshing aplenty at the crunchy blasts of guitars. At one point early on, two people rushed onto the stage from the back and hurtled themselves to the crowd below. It didn’t seem planned, but the band kept playing without issue, a confident show of professionalism.

However, the most surprising moment of the night came not from a song, but from some in-between remarks. Palmero briefly talked to the crowd before their last song. His singing was drifting and poised, but he spoke with a heavy clumsiness. As he tried to thank the crowd, the Sinclair, and the two opening acts, he fumbled his words, his voice cracked, and he seemed overwhelmed, almost on the verge of bowing out before he could finish. The crowd clapped at one point, and Palmero jokingly responded that it was “too early to start that shit.” He was awkward, but that only made the talk more endearing. Even smaller acts can still seem distant from their audience, yet Palmero felt sincerely human in this moment of shyness. He said that, after being away from live shows since the lockdown, it felt so good to be back.

They played their last song, and the white lights shined again, but they felt softer this time, more mellow as they soared through the notes. Though the set ended with rapturous applause, the audience cried out for an encore. So they returned, drifting away to close out the night. The band had made it through their set, and nothing felt better.

// Ryan Golemme ‘23, aka ovid, is a DJ for The Record Hospital and staffer for News.